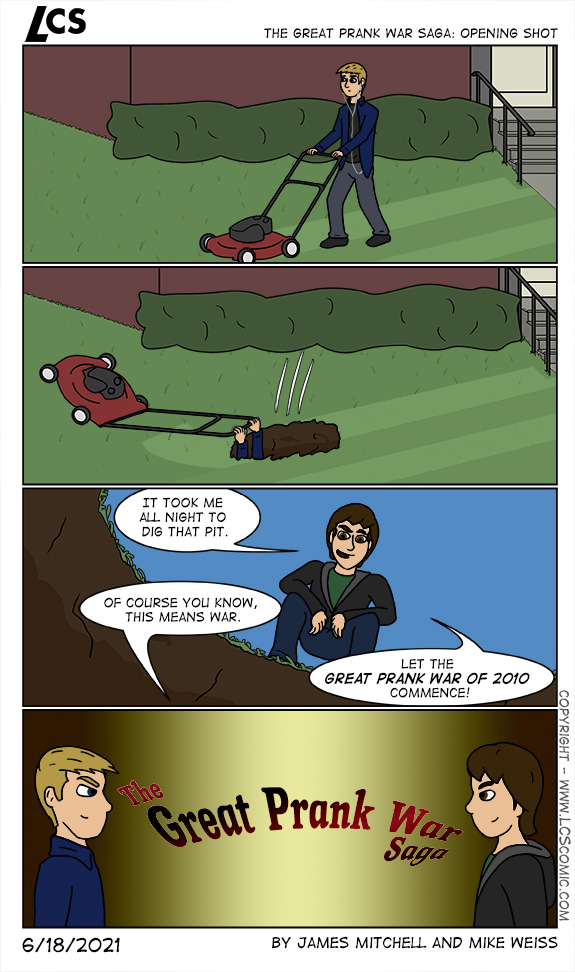 Presenting the Lost Story Arc of LCS! Way back when James sent me the first thirty-some script he sent one 4 page story arc that he was intending to include at some point. However the moment came and went, it never ended up getting used until now. I had thought about expanding and including it at some point but then flat out forgot about it. I knew I wanted to have a few pages between the ending and final page to prevent new readers from being spoiled. It seemed like perfect fit to bring this back from 2010 (oh god that was in 2010) and with it every idea James had shared with me would have been drawn. So enjoy the final writing of James.