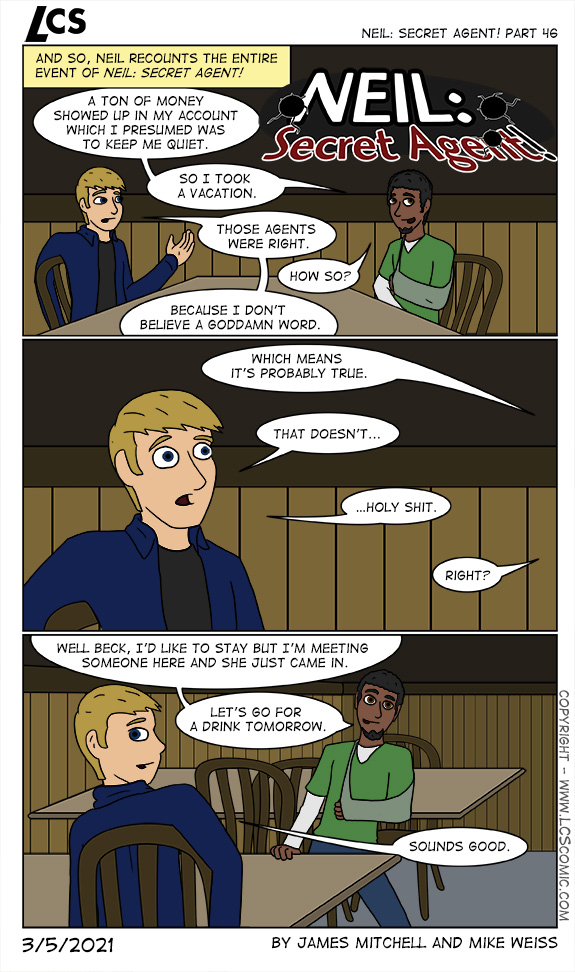 So when it came to drawing page 842, I figured I could just reuse a panel from NSA (Neil: Secret Agent… see what I did there?) to save myself some time. Then I realized I just fucked myself since I’m now locked into that continuity. The Endgame Premiere is the same day Neil was abducted and the following events take place the same day as the Diamond Heist. But Since Bob’s and Houde’s Abduction was the start of NSA, I had to make sure to reference it the next time we saw them. Also the premiere would have been a Thursday night that explains why so many people are at work the next day. So now about a month has past since Endgame, Beck’s two weeks notice is up and Neil’s arm is almost healed and we are all caught. “But Mike,” you may ask, “How do you explain all of the post Endgame references since only a month has past?” to that I say, James already had it covered.  All of this, is way more time than necessary to think about the continuity for a comic that no one else will bat an eye at.

God what am I doing with my life?

because I am really really sick.