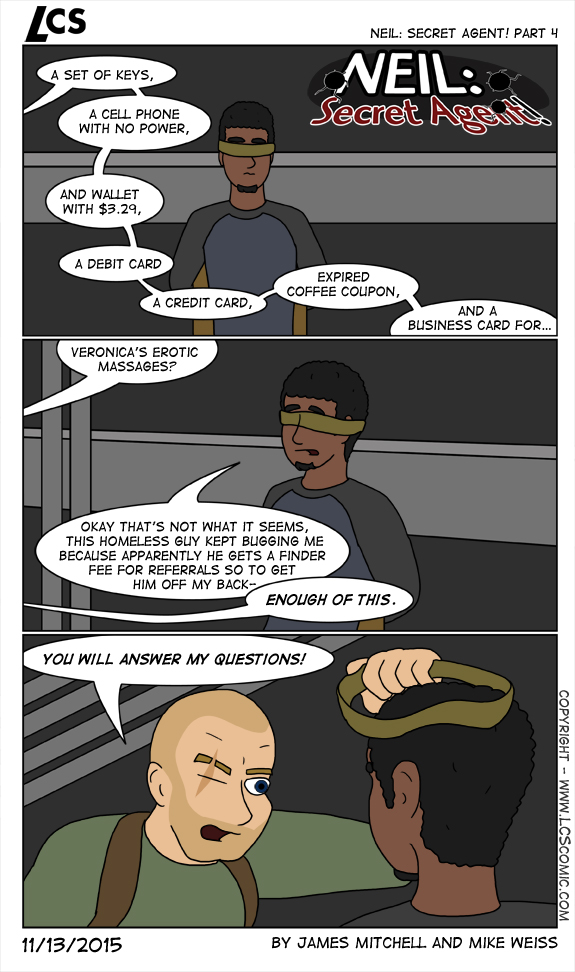 Mike: The homeless guy story is partially true. A few years ago I was walking to work when this homeless guy I’ve seen before comes up to me and asks if I would to got a massage parlor. Now he only mouthed the words “massage parlor” so I had no idea what he was saying, I assumed he was selling drugs. The he spoke a little louder saying there’s a massage parlor down the block and I can get a deal of I mention his name and he gets a finder fee. I politely declined, then ask me for money, which I also declined since I only had enough for my lunch. He said okay and politely wandered off. I still think it’s kind of a weird think to happen and 9am on a weekday.