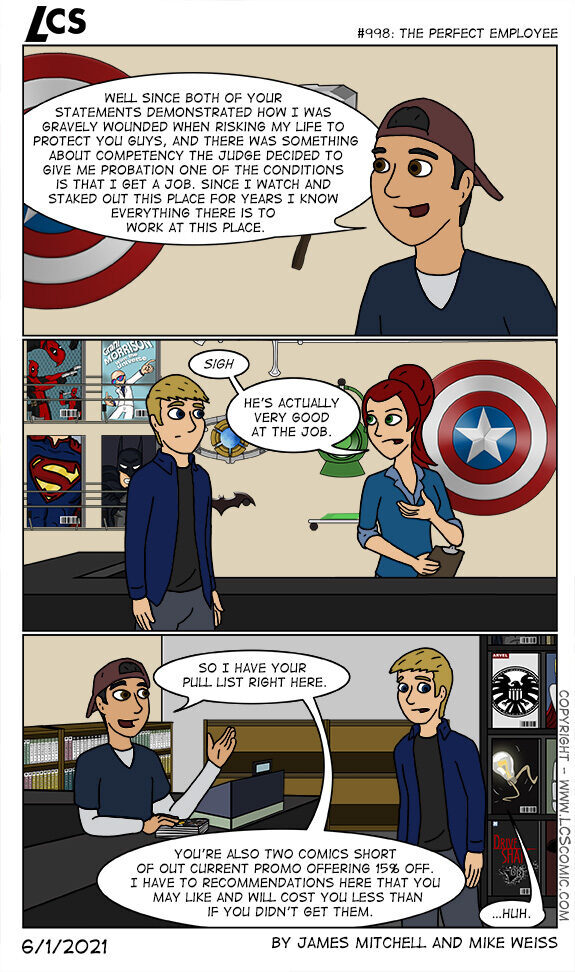 Hernandez as Beck’s replacement was a fairly recent idea. When I was planning this I thought about grabbing one of the background character throughout the years. I did have the idea of creating a new character who would show up once or twice before. They would have been early twenties and still finding their place and direction in life. Just like Beck at the beginning, who just needed a temporary job post college to pay the bills. This would have been a good “passing of the torch” to a sequel I would never make and a part of me wishes I did that since it may have had more weight behind it. Then I got the idea of bringing back Hernandez and it was too funny not to. I also have a soft spot for him Since his first appearance was one of the first time James didn’t send me a script and I was left to make something up myself.