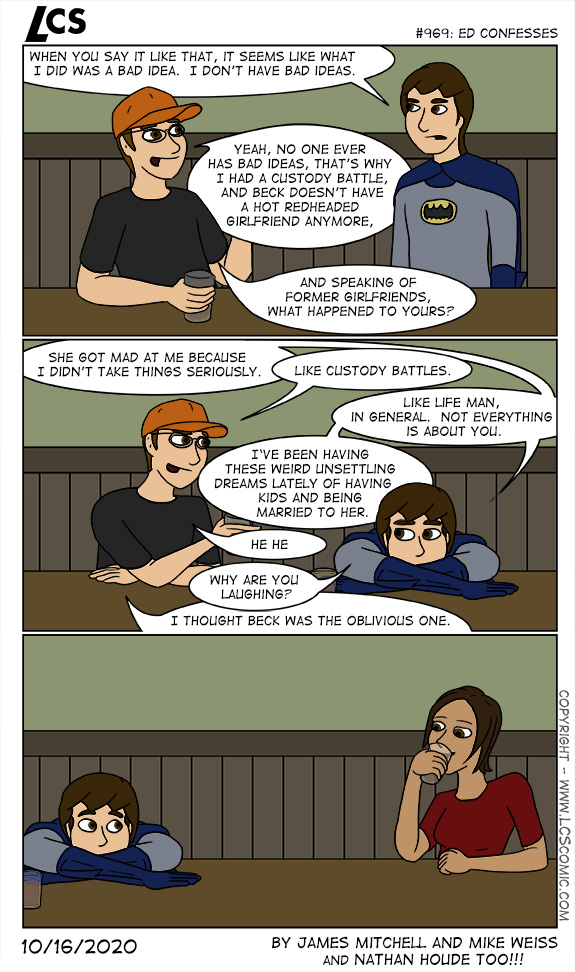 Mike: Despite her being an original main cast member, her appearances are so infrequent I constantly have to relearn how to draw her.

Nathan:  My first arc was about the birth of my kid.  When I got the news, I had the same reaction as the comic, time stopped for me and I had to take a super long time to process it.  I had never wanted children, and the thought of bringing a kid into the world scared me shitless.  I swear I didn’t eat for a week.  Eventually I realized that I would have to step up and try to be the best parent I could be.  Cause it’s either that, or walk away and pretend the situation didn’t happen and I would never do that.  Some moments I was not proud of, but when my son finally arrived I new I made the right decision.

It has also given me the story of the biggest placenta ever seen by a sixty year old midwife.  I’ll save that one for another day.  Lucky you!