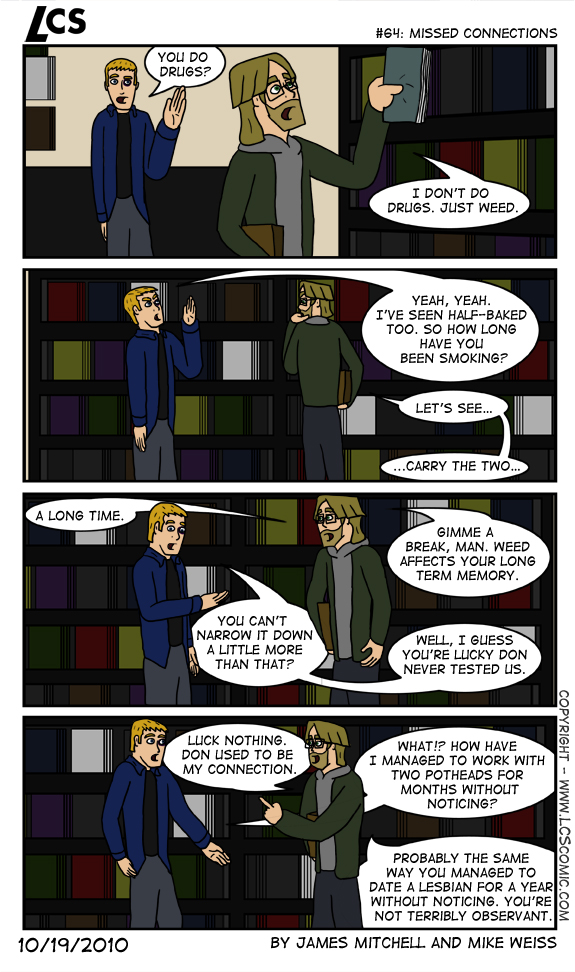 Mike: Come on Beck, we said he was an aging hippy in that cast section. How are you surprised?

James: Okay, so Don’s gone. And we turned him into a pot dealer to boot. Seems cruel, I know. Unfortunately, sometimes as a writer you realize too late that a character doesn’t really appeal to you. Don was meant to appear much more often than he did, but I never found a reason to use him. Other characters could fill the same position in every strip and were more interesting or appealing to me. The old boy was underutilized and underdeveloped so we ditched him after only a handful of appearances. Hopefully, Katie will provide for a more interesting dynamic at the shop and will actually appear from time to time.

Also, pot. That happened too.