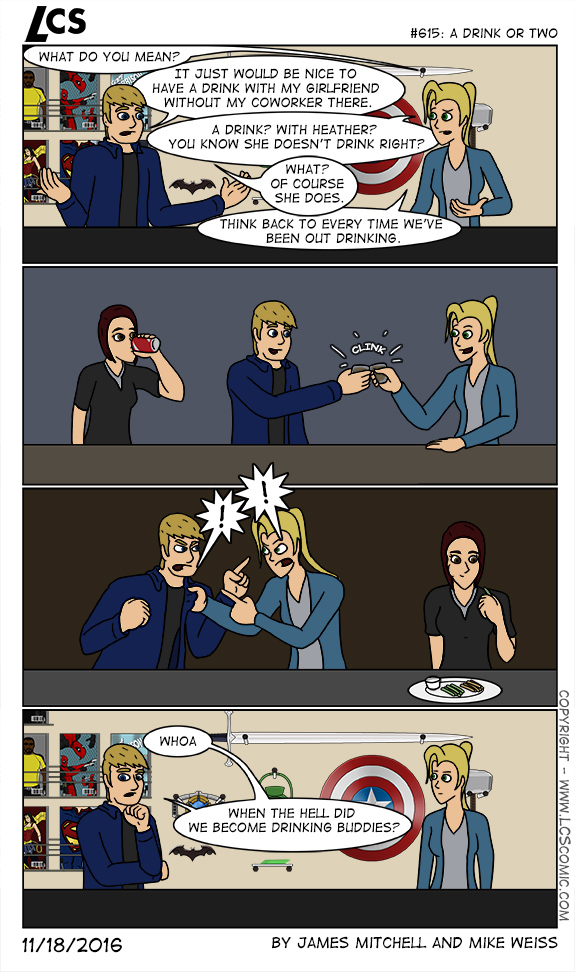 Mike: So it turns out Inhumans is going to be a tv series. I’m a tad disappointed because while I never been an Inhumans fan, I did like their prospects as a wild card. Much like Guardians of the Galaxy, a relatively unknown property they could have a lot of fun with. While the Netflix series have been great the ABC shows have been much more inconsistent. The fact it’s only 8 episodes and is premiering in IMAX gives me more hope that it’ll have more consistent quality. I’m interested to see what happens.

Panel 1, what I assume is Martin’s second speech bubble is pointing towards Amy.

And here I thought I already fixed that. Thanks for letting me know.