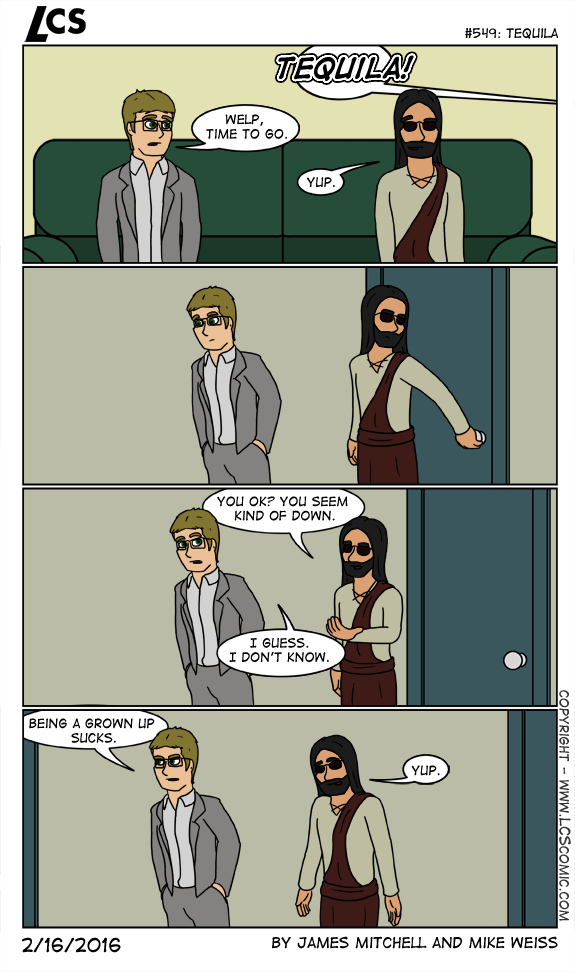 Mike: Okay I have few things I’d like to say, first Deadpool is AWESOME! I get so much satisfaction when you see a comic book movie done right. And when I say “done right” I don’t mean the violence, the vulgarity, or the sex. I mean it’s faithful to the source material. It understands the character and why they are popular and lasting. There’s a reason why they work in comics and all you have to do is translate it to film. You don’t have to nerf the character or the concept to “work for a general audience” you just have to show them why this this character is great. To thy own self be true and Deadpool succeeds at this. From beginning to end I loved it, the jokes, the references, breaking the fourth wall just all perfect. Can’t wait to see it again.

So at the theater I saw the new trailer for Batman v Superman. Ever since Affleck was cast as Batman (even typing that makes me feel dirty) I lost all interest in DC movies, I just don’t care. I have yet to see the Suicide Squad trailers and the only time I see any Batman v Superman is when I’m forced to in theaters. This trailer was a lot more fun but man every time Affleck says something or they show his stupid looking face it kills any kind of enjoyment I could get from the film. The guy can’t act, he can’t display any kind of character in any performance. He has an inability to convey any type of authenticity, the thing that all actors have to be able to do to be considered actors. Jesse Eisenberg is also just horribly miscast, it’s like he’s doing a bad Joker impression. YOUR LEX FUCKING LUTHOR, act like Lex Luthor! Just, really Snyder? How could you possibly think those two actors in those roles were in any way a good idea? The sad thing is, it’ll still make money.

Well after that depressing bit, The Daredevil season 2 trailer hits and it looks amazing. I am super excited to see where this season goes. Apparently there’s a part 2 to this trailer coming out next week and since this one focused heavily on the Punisher my bet is the next one will focus on Electra and The Hand. Can’t wait.