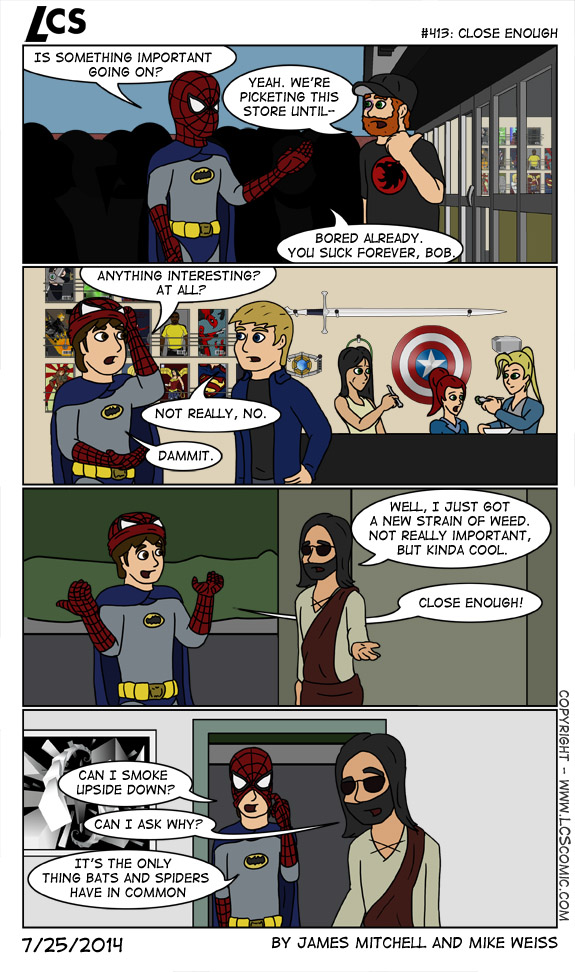 Mike: So there’s a new Captain America, a new Thor, and I’ve seen some criticism that seems really stupid.  It’s not the first time someone other than Steve Rodgers was Captain America, hell it’s not the first time someone replace him in the last 10 years. Likewise it’s not the first time Thor was replace and it’s not even the first Thor was a woman. So why would anyone be upset at that? Happens all the time and it can be quite fun and interesting. What I really like about the route they are going is that they’re not “killing” the character only to bring them back later but instead they are creating a unique situation that present the characters with a new role and new challenge. Steve Rodgers is still around Thor Odinson is still around, they’re not being tossed aside. I actually think it’s really interesting to pull a Batman Beyond type situation for Cap, I love to see how it plays out. The other criticism I’ve seen is that Marvel is promoting female and minority characters and my response is: So? Minorities and women have been so underrepresented in comics and it’s great that the tide is turning in some case, but I really think Marvel should be commended for taking a big step in upgrading these characters to front and center of the Marvel Universe.

Oh and I’m getting tire of hearing people speculate on  how this will “effect the movies” when the answer is: probably not at all.