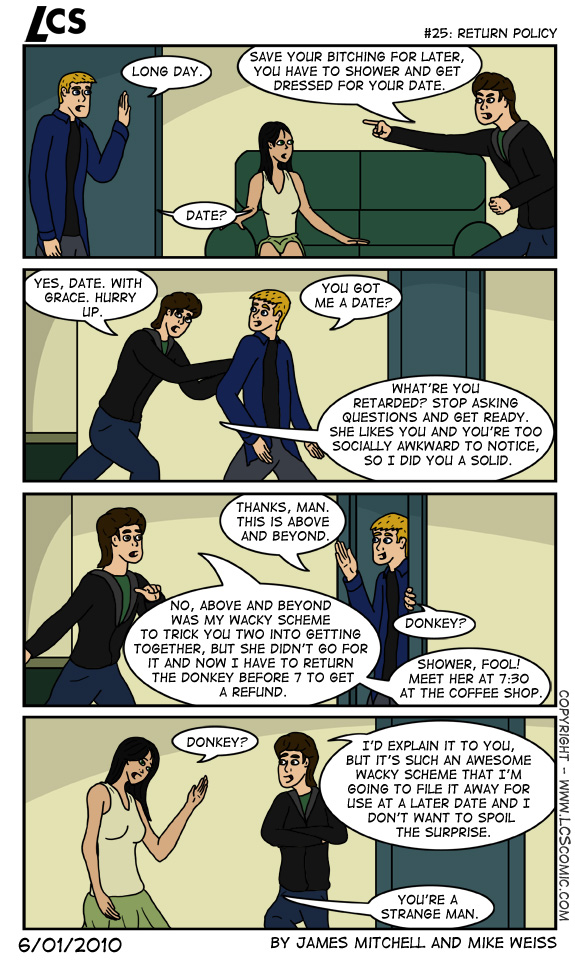 James: I had such a weird dream last night. I was competing in some kind of three person battle royal version of Spike’s Deadliest Warrior against Danielle Corsetto and Zach Weiner (Zach, coincidentally just got married – congrats!). And I lost! Danielle had the Black Widow’s wrist shooter things, Zach had large club, and I used a switch blade. Zach won Spike’s Deadliest Webcomic Author by bashing my head in after I countered Danielle’s vicious offensive.

As I said, it was a weird dream. Too much Memorial Day drinking I suppose.