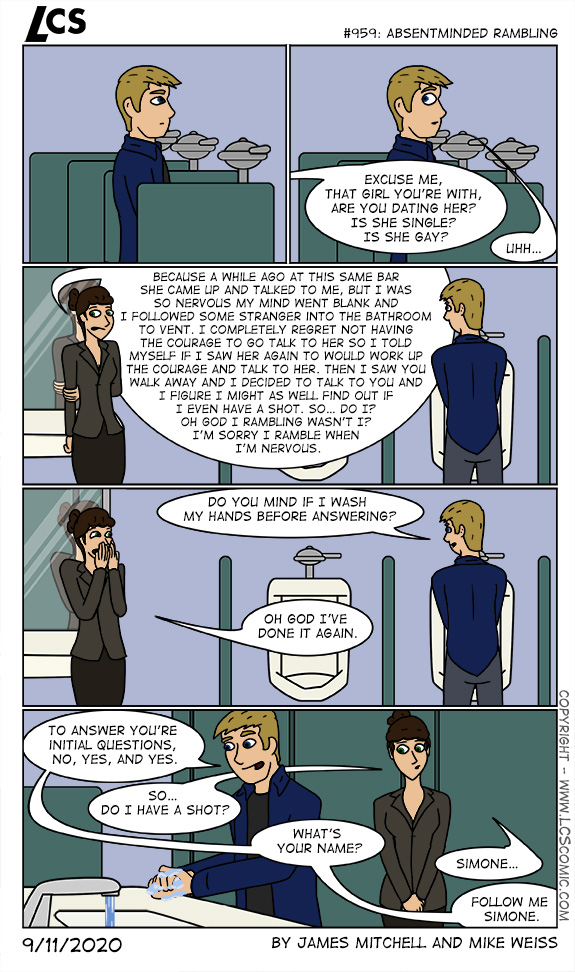 Simone first appeared on page 700, since then I’ve been thinking of bringing her back and three years later here we are. She was initially design based off of Sean Young character from Blade Runner, I had just seen 2049. I really like how she turned out and have been wanting to bring her back for a while.

Wow, Simone is also the name of Bob’s wife. So many Simones.