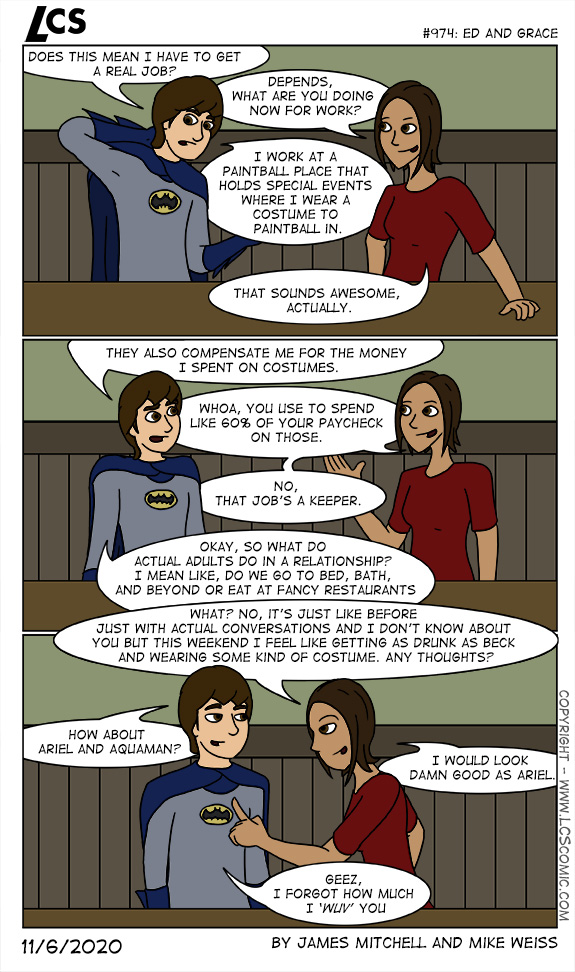 Mike: James’ originally saw Ed and Grace’s relationship as sort of a “Turk and Carla” couple from Scrubs. They would be the steady relationship with Beck and Mickey being the single ones. So you’ll notice Grace leaves right around when Beck starts dating Heather. The plan was always to bring her back, I just wished we did it sooner. I feel like there’s a lot more to her character that we never got to explore. One of the drawbacks to arbitrarily choosing a number to end the comic on. Also I never really considered Ed a cosplayer, it was always more of a practical joke in his eyes, but I always thought about having him become a pillar for the cosplay community in the comic but never developed the idea any further.

Nathan:  Usually I know what to write, but I honestly have nothing.  The last few days have been exhausting to say the least.  And I got a tumor the size of a golfball cut out of my neck last week, and this week somehow feels more exhausting.