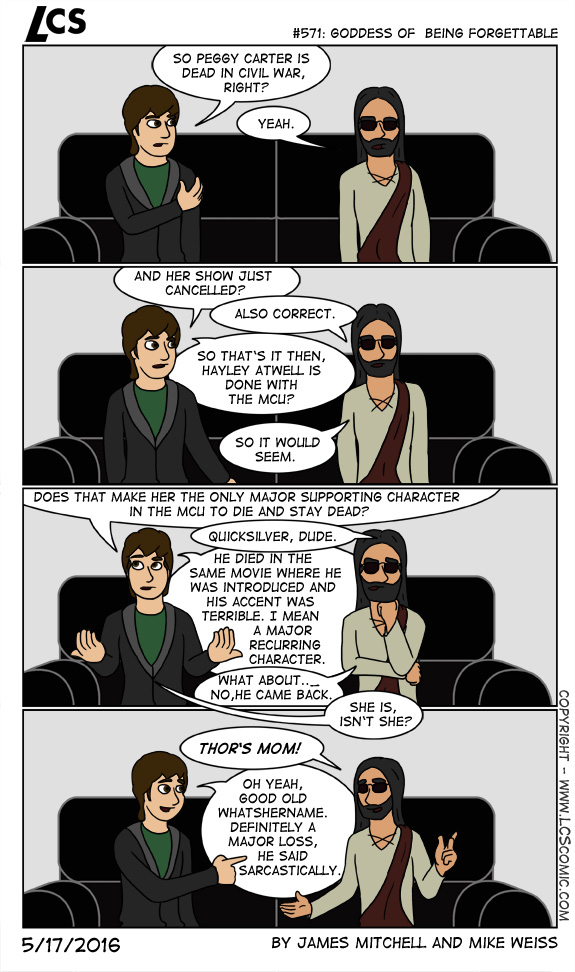 Mike: I wasn’t a fan of the Agent Carter series. It was just too campy for my taste, though I did like the limit the put on episodes per season, that really keeps the show from dragging. Still kind of sucks that ABC put the axe in so many series, I would have prefer it ended than be canceled. Still I really loved how Peggy Carter took of as a character. In any other franchise she would have been pretty much forgotten as simply a past love interest. But because how she was written and Haley performed the role fans really responded and Marvel responded back. And even with her series canceled I still feel like we’ve explored a lot with this character that we pretty much know her life’s story.