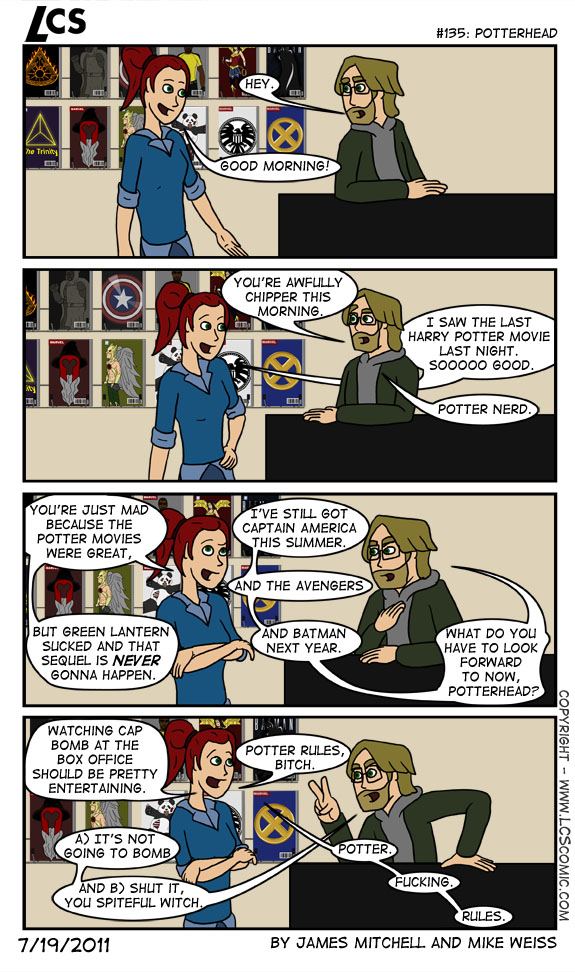 Mike: I’ve never been a Harry Potter fan but I have to admire their ability to have an eight movie franchise successfully completed. I actually did see the final movie and it was okay, I was hoping for something epic and it just wasn’t epic enough. And for me the best part of the Deathly Hallow movie was The Dark Knight Rises Trailer, did you see that! So awesome.

James: I did see that! On my computer. At home. Because I have no interest in Harry Potter. But lots of people do, so good for them. My understanding is that it’s really good, you know, for those of you who could give two shits. Also, kudos to J.K. Rowling on being rich enough to own a house made of diamonds, drive a flying car made of platinum, and periodically fire thousands of Euros at the smallfolk of England with a fucking cannon. I’m serious, this broad could fund a trip to Mars and still have enough money to buy Ireland. She’s rich enough to pay God to put real magic in our world.

And the fact that she hasn’t yet tells me she’s kind of a selfish bitch.

PS You all should know that if anyone else tells me “It’s SOOOOOO good. You should read the books.” My only response will be “You should go fuck yourself.”

You have been warned.