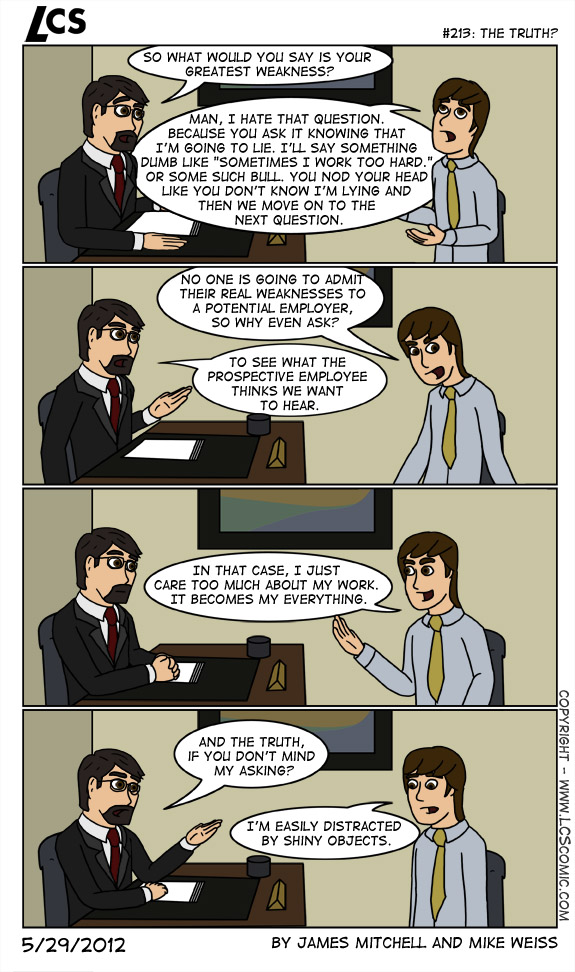 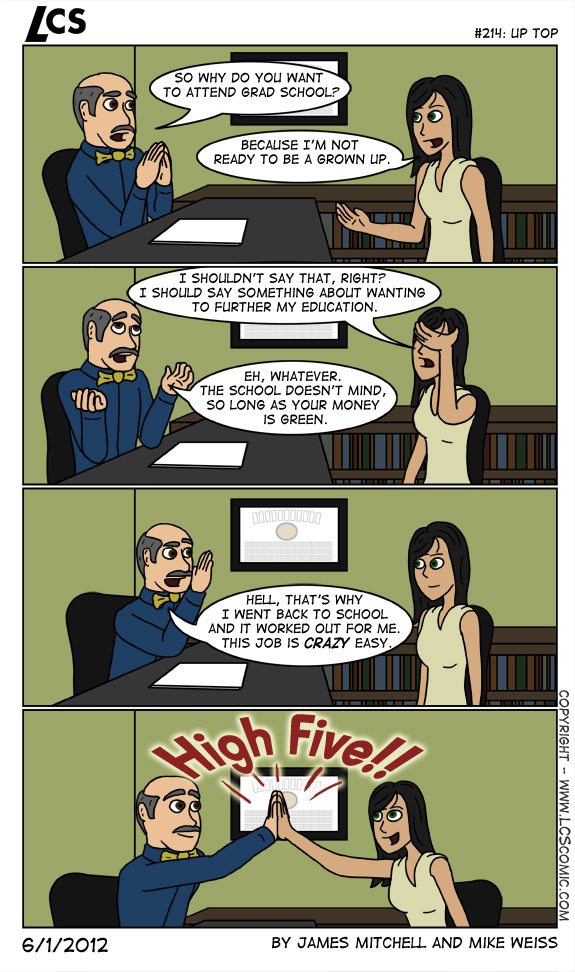 Mike: I probably should have gone to grad school, but I was so happy to be finished school that I promised never to go back. James: There was originally going to be dialogue in the fourth panel, but I think the high five covers it pretty nicely.

Mike: I’ve never had to ask for a raise before but I imagine it would end with insulting laughter. James: Most meetings I have with management end with me trying to convince them not to fire me with varying success.