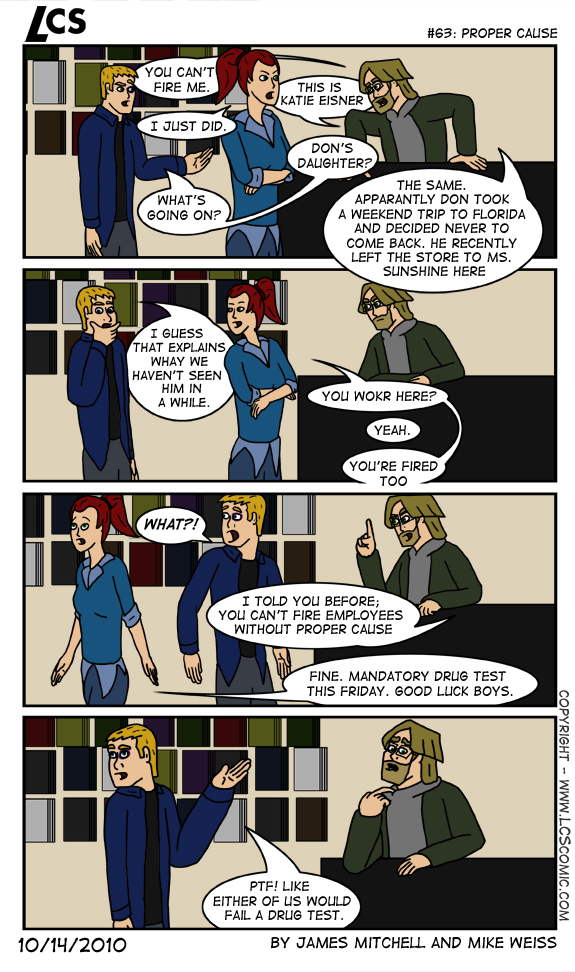 Mike: Technology is being a bitch, this comic took forever to finish, luckily for you all I have no life.

James: This is my first time uploading the comic. I hope it works, I’m not exactly computer savvy. 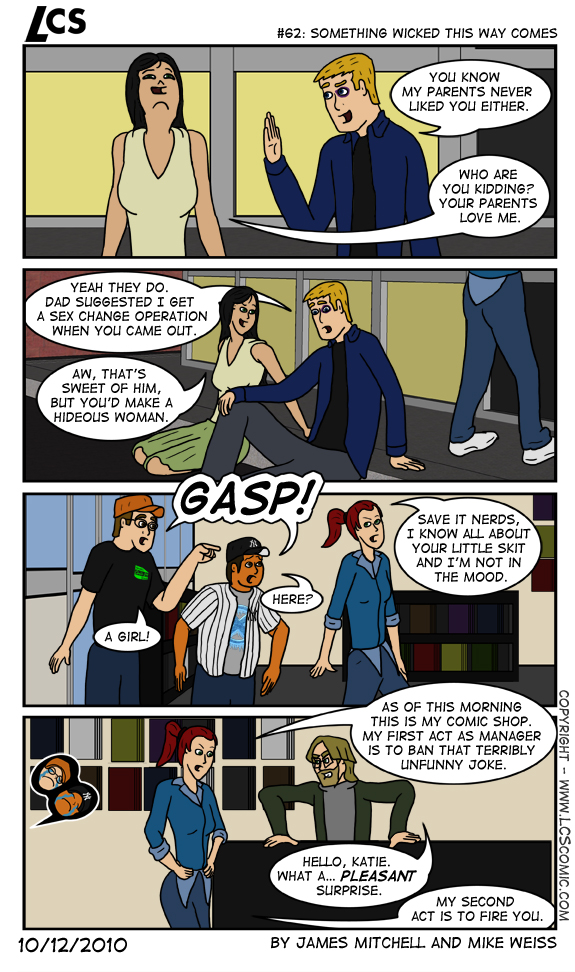 Mike: The first half of today’s strip reminds me of this song.

James: She made Houde and Luis cry! The bitch! 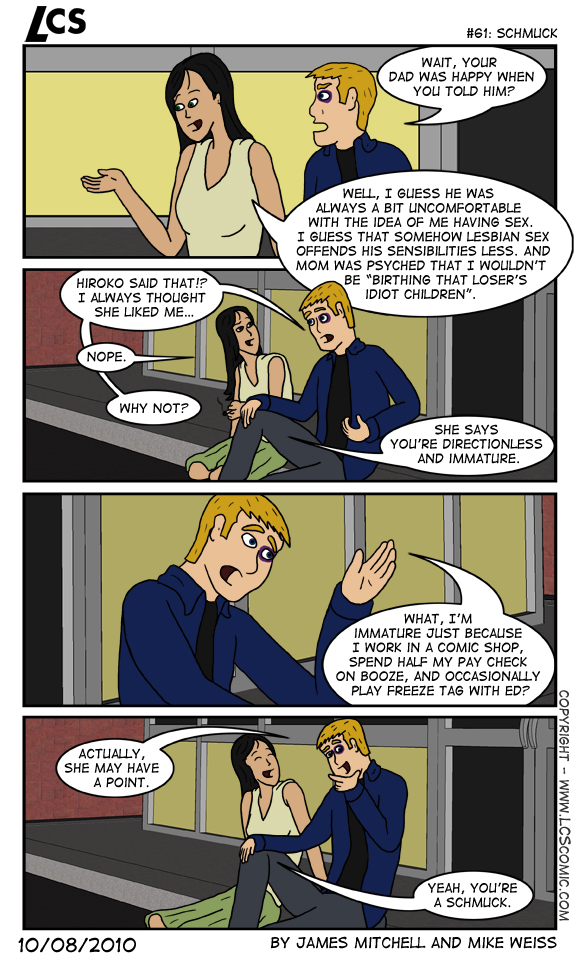 Mike: Actually Mickey’s father and I had the same feelings about this. When ever I get asked the hypothetical, would you rather have a son or a daughter. I don’t really have a preference both have pros and cons but I really don’t think I could handle the thought of my fictional daughter dating, not for my little angel. I would be that father that would serious threaten every boyfriend with an excruciating death. And I would follow through. But if she were gay it would be awesome; and hilarious on the day she worked up the courage to come out, nervous at the reaction I would literally shout for joy “Thank you God! You do answer prayers!” So put simply, my fictional children would be less embarrassed if they were boys.