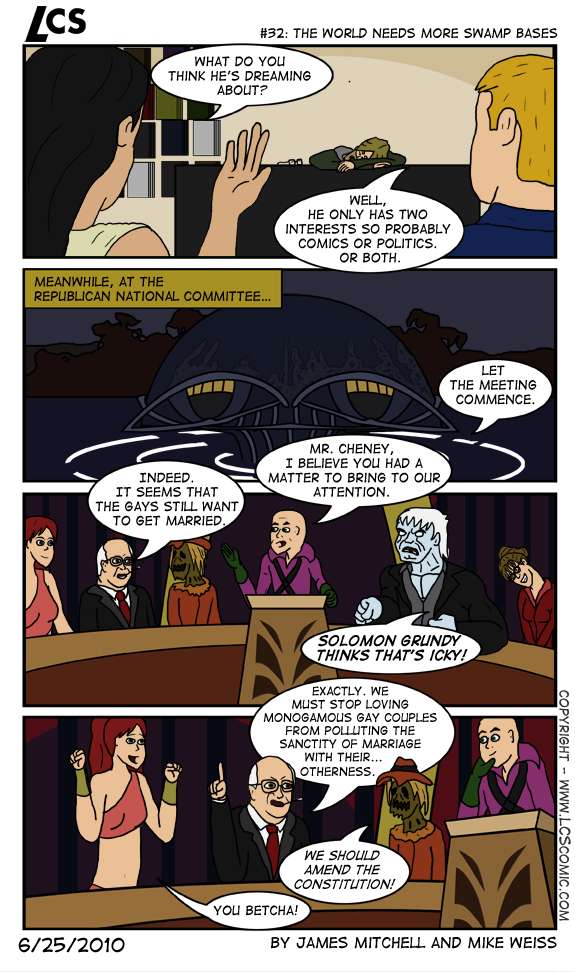 Mike: Honestly, this is how I picture the Republican National Convention. It’s not a liberal vs conservative thing. They just actually seems to run like an evil organization. And let me guess what James is gonna say “Oh no, please don’t sue us”, I say, bring it on… Also Palin’s face in panel 3 will haunt my dreams till the day I die.

James: This is my favorite comic so far. Mike knocked a difficult script out of the park. See you next week, kids. 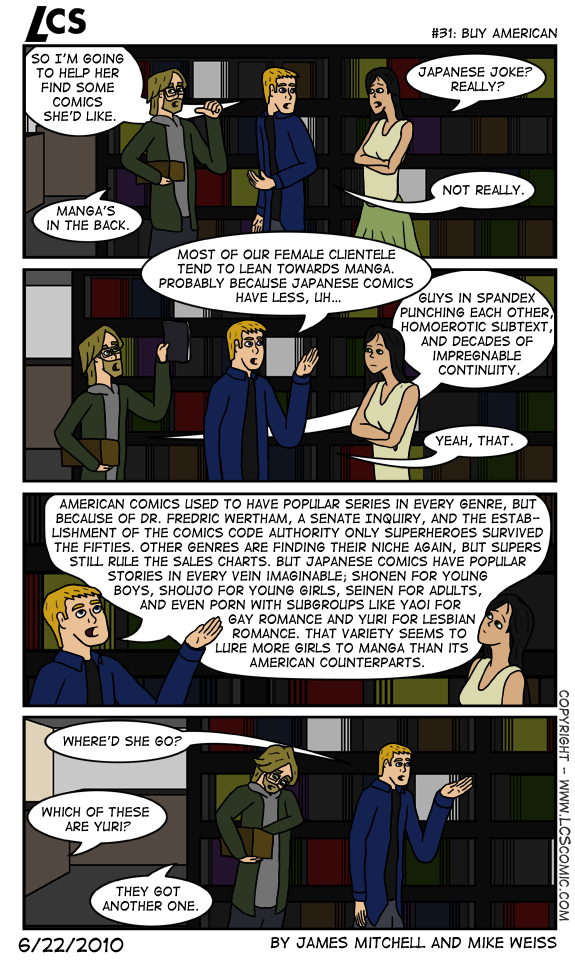 Mike: I’m not really a big fan of Manga, mainly due to backwards reading. But I enjoyed a few animes based off mangas. One thing I really like is that most stories I know of, have endings or intends to end the story rationally. While it’s comforting to know Spider-man will always have stories, indefinite on-going presents it’s own problems, specially when it becoming a TV show. Because they try to last as long as possible and in the end we get something incredibly low quality that just falls apart rather than end. It’s always nice to get a conclusion.

James: I love manga. I read almost as many Japanese comics as American comics. In fact, one of my favorite series, Fullmetal Alchemist, just ended. It was a beautiful ending to a fantastic series and I’m looking forward to Mrs. Arakawa’s next project.

As far as this strip and the last one, I know there are plenty of women read superhero comics and regularly visit comic shops. Don’t yell at me. I’m a simple man making simple jokes. 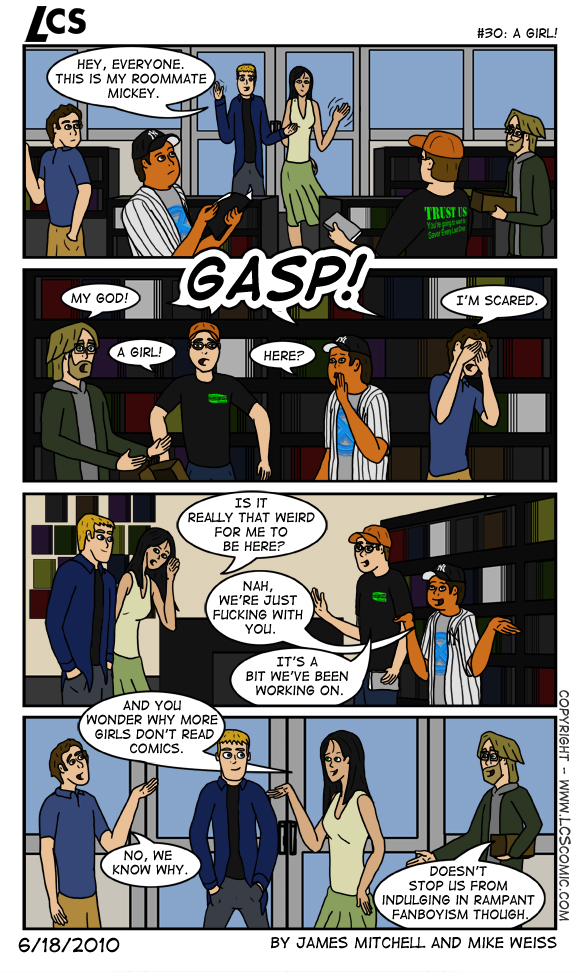 Mike: Man this was a big one, my hand is practically falling off after this. So a couple of cameos here, from Left to Right on the second panel after Everett: Houde, Luis, and Matt B. All are members at The Comic Board, Houde and Matt B. are our only real commenters here and Luis has always been a big fan of my work. Interesting shirts Luis and Houde are wearing huh? Well now you can look just like two people you’ve never met by buying their shirts here and here. On the subject of females and comic shops, I’ve seen women in comic shops and no one reacts weird about, one of those stereotypes I guess. Now I’m going to go ice my hand.

James: Mike did a nice job on the crowd here. Most of my scripts are just two or three people shooting the shit, but we do have plans for some more complicated strips in the future and it’s good to see that he can handle it so deftly.

Lakers just won the Finals. I fucking hate them.